A four-member committee has been formed to investigate the circumstances that led to an attack on the Suame Police Station by some soldiers from the 4th Battalion of Infantry in Kumasi.

This is according to a joint military and police service statement issued today, October 30, 2021.

“Reference our Press Release in respect of the alleged attack on Suame Police Station by some military personnel, a four-member committee has been established to investigate the matter.”

The committee has been given a one-week duration, starting from “Tuesday, 2nd November to submit their report to enable the Police Administration and the Military Command to determine the next line of action”.

“We wish to once again assure the general public that a thorough investigation will be conducted and anyone found culpable will be dealt with according to law and in line with the disciplinary procedures of the two institutions”, the statement added. 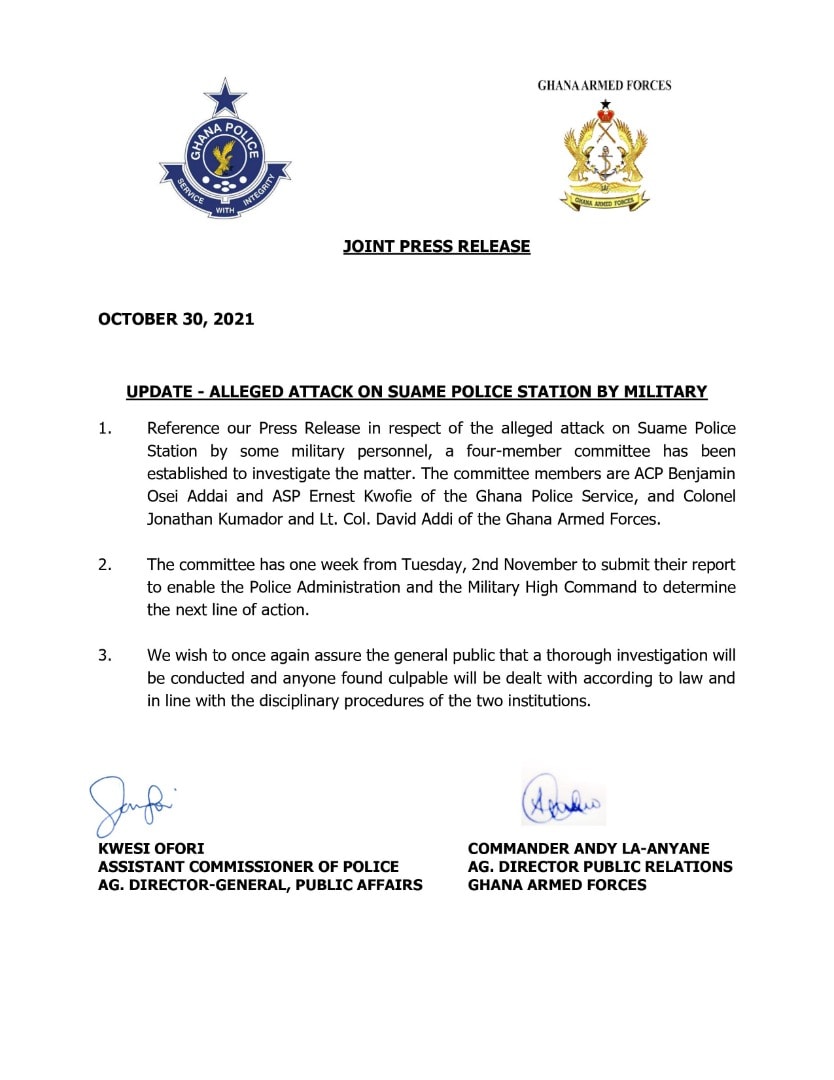 Yesterday, the two security institutions in a joint statement assured Ghanaians of their resolve to conduct a full-scale investigation into the incident and that “those found culpable will be dealt with administratively and according to law”.

Breaking: 17 perish, 17 others injured in an accident on Offinso – Abofour highway

Drivers give Akufo-Addo one week ultimatum to reduce fuel prices

All SHS, tertiary students should be vaccinated as December is declared vaccination…

Drivers give Akufo-Addo one week ultimatum to reduce fuel…

All SHS, tertiary students should be vaccinated as December…